Nairobi National Park is Kenya’s oldest game park. the Nairobi National Park is found at an altitude of 5,000 feet covering a total land expanse of 117 sq km. It is just 7 km from the capital of Kenya – Nairobi which is the central business city. Nairobi Park first opened its doors to visitors in 1946 and offers a wonder day’s outing from the busy and very lively Nairobi city.

It is a fantastic expanse of savannah increasing from a background of the Kenya capital city of Nairobi. 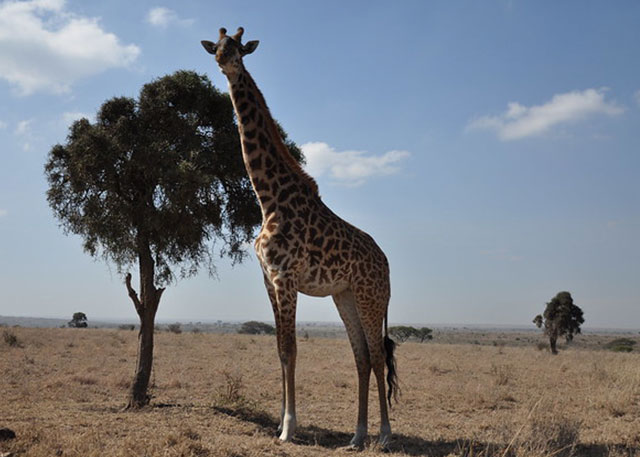 Some of the Animals found in Nairobi National Park

Nairobi national park has the highest number of black rhino in the entire country. The Park is home to buffaloes, lions, leopards, crocodiles, hippos plus a very thriving population of cheetahs. The Nairobi national park between the month of July and august receives a yearly migration of wildebeests.

This National park has well graded roads which are accessible by 4WD vehicles plus saloon cars. The Wildlife Service headquarters of Kenya are found at the gate of Nairobi National Park. there is a nature trail, an education centre as well as an animal orphanage. This is among the sites of the notable ivory burning. There are six picnic sites within Nairobi national park and als you will be able to visit the hippo pool.

Nairobi national park is the sole national park in the entire world located within the boundaries of a capital city. On the other hand, Kenya’s capital city is the only city in the world with a natural wildlife protection confinement which is habitat to more than 100 mammal species.

Nairobi National park is neighbored by the amazing Kapiti Masai plains together with the Kitengela migration corridor that attracts a large number of wild animals. Although Nairobi National Park is categorized as a seasonal wildlife sanctuary, the majority of the animals such as the native rhino population are present in the park all year round.
there are Large numbers of elands, zebras plus wildebeests that visit Nairobi national park during the migration seasons particularly in July and august that come to feed on the abundant fresh grass that thrive during the rains.

Over the past couple of months, there is a resident cheetah which has effectively raised 7 cubs within the Park. This cheetah has not only excited the local olf Kenya but also several tourists from various parts of the world.  For those interested in bird watching, Nairobi national park is the perfect place to start your ornithological safari across Kenya as the park supports over 400 different bird species.

The Burning of ivory within Nairobi National park

Nairobi National park was the very first national Park in Kenya. It is within this park that Daniel arap Moi the former president of Kenya together with Dr. Richard E. Leakey the then director of  Wildlife Service torched ivory which was worth Kshs 60 Million to show the entire world how serious this country was in reducing the murder of elephants simply for their tusks. A commemorative inscription at the place of this bonfire reads “Great objectives require great sacrifices”. Since then this ivory bonfire is lit twice every year to eradicate stocks captured from poachers.