The Marsabit National park is situated in the northern part of Kenya, approximately 560 kilometers north of the capital Nairobi within Marsabit district. This park consists of heavily forested mountain as well as 3 crater lakes which are the sole permanent sources of water in the area and that offer habitat for numerous bird species. The main wildlife attractions range from the African elephants, the decreasing in numbers Grevy’s zebras, lions, leopards, buffalos, bushbucks, numerous greater plus lesser kudus, prevalent zebras, Grant’s gazelles and several other tiny antelopes. This park is renowned for its elephant referred to as Ahmed which was offered 24 hour security surveillance by the presidential order in the 70’s, to show Kenya’s dedication to the conservation of wildlife. 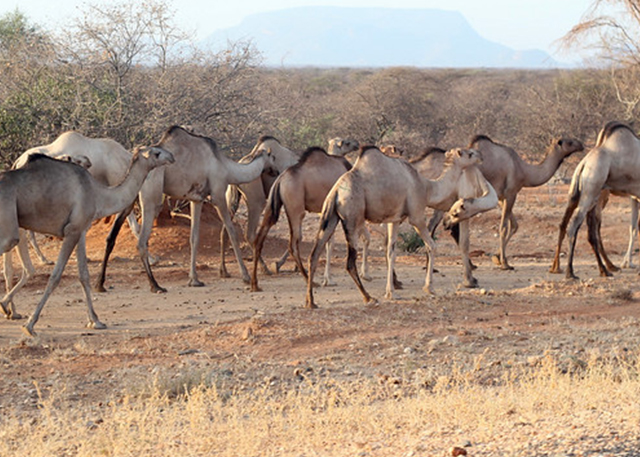 From Nairobi, the park can be reached through Nanyuki plus lsiolo driving a distance of 620 kilometers. The road is well paved all the way to lsiolo and then the remaining 270 kilometers are on a very terrible road which is just passable by 4WD cars and that is in the dry season.

Using Air transport, there is an airstrip found at Marsabit, only 4 kilometers from the main gate of the park.

It is only a two hour and thirty minutes flight from Nairobi and is sufficiently served by a well tarmac airstrip found approximately one kilometer from the town centre of Marsabit.

This game park is located in the Eastern province within Marsabit district and it lies n a total expanse of 1,554 sq km.

This game park generally experiences two main seasons: the dry and the wet season. The dry season which is mainly hot and dry is experienced between the months of January to March. From April to June it is hot and wet, and then from July to October it is very warm and dry. It is wet and warm in the November and December.

the major attractions within Marsabit National Park include: Land of Gofs, A dynasty of giants, Prisrine Forest, Diverse birdlife, Realm of raptors, The greater Kudu, the surviving habitat of large tusked bull elephants, a great profusion of different birds and the beautiful landscape.

Optional safari activities to enjoy inside Marsabit National Park include Game drives, bird watching safaris (Ornithological  tours), Camel safaris to the adjacent plains (guided by the native people of this area), Visit the “singing wells’ (where the locals sing various interesting songs as they draw water from the well for their livestock.

The park can be visited at any time throughout the year.