Chimpanzee trekking is one of the top activities that are carried out in Uganda after gorilla trekking. With an estimated 5000 habituated chimpanzees in the country, chimpanzee trekking is one activity that everyone should experience while on a safari to Uganda. Trekking through the bushy and heavy vegetation in the rain forests of western Uganda in search of chimpanzees is an activity that is carried out with the help of a tour guide who takes you through the marked trek routes to where the different chimpanzee families are found.

There is an estimation of about 5000 chimpanzees in Uganda and this survey was made between 2010 and 2020 by the status survey and conservation plan. The largest population of chimpanzees in Uganda is found in the Kibale National Park, followed by the Budongo forest and Bugoma forest. Other chimp tracking destinations have less than 500 chimps in total but are still worth a visit. The chimpanzee species that are found in Uganda are the common chimpanzee species and these can also be found in Rwanda, Tanzania, DRC, and South Sudan.

With the different chimpanzee tracking destinations in the country, there is a chance the different tourists to engage in chimpanzee tracking and these include Queen Elizabeth National park and Kalinzu forest which is found in Bushenyi, Semiliki National park, and Kibale National Park. Chimp tracking starts in the morning hours and this is because that’s when the chips are up and about searching for food before resting in the afternoon. Other primates that you are bound to see include the different types of monkeys like the vervet monkey, red-tailed monkeys, and black and white colobus monkeys and baboons among others.

Chimpanzees are believed to have the closest DNA to humans with a 98%. They are known to be extremely playful and keep on moving from one place to the next but note that they can as well become aggressive once they are provoked. Adult chimpanzees weigh differently depending on the sex that is an average adult female chimpanzee can weigh between 30 to 50kgs at a height of 4 feet whereas a male adult chimpanzee weighs 35 to 75 kgs at a height of 3 meters.

Chimpanzees live in groups of 10 to 100 with a male as the leader. They think like humans, hold hands, and have good grooming skills like taking care of their young ones, feeding them until they come of age, and start looking for their food.

Chimpanzees can live up to 40 years to 60 years depending on where each of them is living. Chimpanzees are very sociable, can easily and effectively communicate with each other, and search for food, build their nests and these skills are passed down from one chimpanzee to the next. Chimpanzees spend a lot of time on the ground and only climb the trees when feeding and going to sleep.

The government together with assistance from the Goodall Foundation is trying its best to conserve the life of the chimpanzees by putting up heavy sanctions on whoever is found poaching or hurting the Chimpanzees.

A chimpanzee trekking permit is the only document that will grant you access to the chimpanzees. They are processed by the Uganda wildlife Authority and they remain the property of the Republic of Uganda even after being issued to you. Limited permits are printed per day and these are valid for 24 hours only. The reason why permits are printed is to try as much as possible to reduce the interaction between the chimpanzees and humans to conserve them.

Cost of the chimpanzee trekking permit

The cost of chimpanzee trekking in Uganda depends on the destination that is each National park has its permit fees and it also depends on the season (dry or wet season).

Which are the best places to see chimpanzees?

If you are looking to see chimpanzees in east Africa, Uganda is the best choice you could ever make. With various forests and national parks, this trip, 5 Days Gorilla Safari & Chimpanzees there are many places where you can see chimpanzees in Uganda.

Where can you see chimpanzees in Uganda?

Uganda has various forests and national parks in which chimpanzees can be found. You can either choose to go chimpanzee tracking, or a chimpanzee habituation experience. Some parks offer one options, some offer both. Here are some of the national parks and forests you can visit if you want to see chimpanzees in Uganda. Kibale national park, Budongo forest- Murchison Falls national park, and Kyambura gorge-Queen Elizabeth National park, are some of the places where you can see gorillas in Uganda. Every now and then, you might come across a chimpanzee outside a national park such as in the Buniga forest, the Bigodi wetlands sanctuary, and the Bwindi impenetrable forest. The best places to have a chimpanzee tracking experience or a habituation experience is in the parks. Habituated chimpanzees are accustomed to human presence and will not run off when they sense or see you approach, but will stay put and you can see them and take pictures, from a distance of course. To go on any chimpanzee adventure in Uganda, you need a chimpanzee permit, for each park you visit. Permit prices vary with each park.

Ngamba Island is home to about 50 chimpanzees at the moment and these are found in a fenced area on the Island. The Ngamba sanctuary started with only 13 chimpanzees that were rescued from different parts of the country by Dr. Goodall Jane. The easiest way to get to Ngamba Island is through Entebbe by use of a speed boat. You can travel in groups or as an individual but it is better to travel in groups as this will help on saving. Entrance fees to Ngamba Island as a group are lowered as compared to when you travel as an individual. A visit to Ngamba Island will give you a chance to see the chimpanzees at various stages and other activities that you can add on include fishing, a boat cruise, and nature walks.

A chimpanzee tracking permit in Kibale national park goes for 150,000shs for East African citizens, $200 per person for foreigners, and, $150 for foreign residents.

Murchison Falls National Park is home to numerous forests and these are the Budongo forest, the Kaniyo Pabidi, and the Rabongo forest where the chimpanzee trekking takes place. Chimpanzee trekking in Murchison is done twice a day with the first one in the morning and the other in the afternoon.

The Rabongo forest is also a forest found within the Murchison and where trekking is carried out. You will get an hour with the chimpanzees after finding them.

Kaniyo Pabidi forest is a home to chimpanzees, a wide range of bird species, insects, and other primates like monkeys.

Budongo forest which is located right outside Murchison Falls National Park is a chimpanzee destination where you can go and enjoy chimp tracking. A chimpanzee tracking permit in Budongo goes for $90 per person per day. While in Budongo, you will have to be quiet, listen closely to the sounds that are made by the primates, and follow their leftover feed and their dung to be able to tell which part of the park they have gone to. It is a bit hard and there is a slim chance of seeing the chimps here but the nature walk will keep you entertained while searching for them.

Located in the Eastern part of Queen Elizabeth National Park and a larger part of the chimpanzee tracking is done here. Also known as the Valley of Apes, Kyambura the Kyambura gorge does not have s many chimpanzees as Kibaale National park, and seeing them might be a little hard as well. Trekking through the steep slopes of the Kyambura gorge will give you a chance to see different primates like the black and white colobus monkey and baboons among others. Best carried out in the morning hours, chimpanzee tracking in Kyambura will get you an hour or two with the chimpanzees. 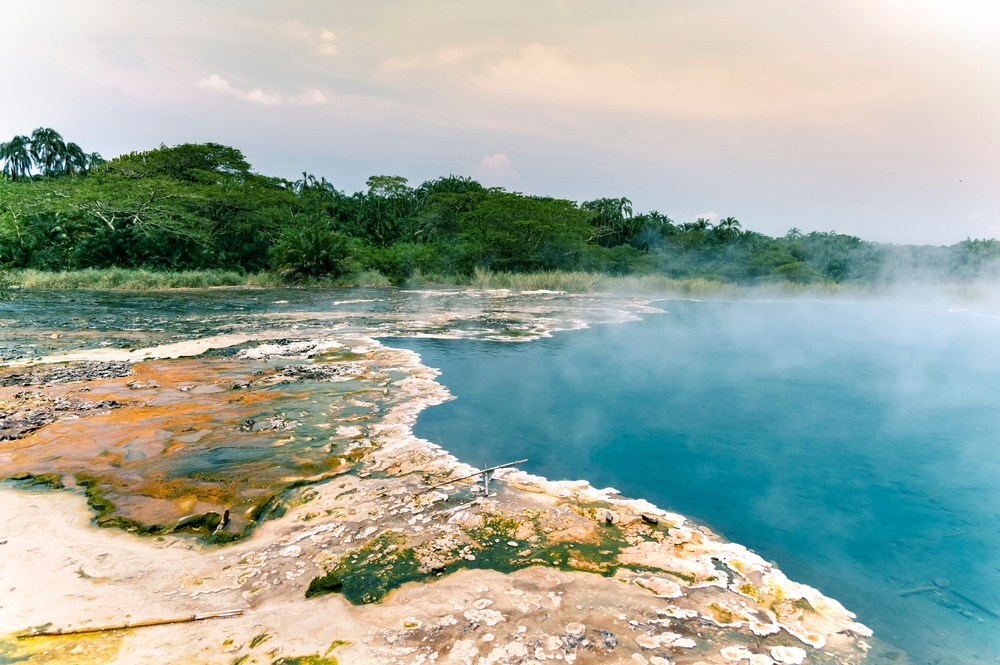 Semiliki National park is found near Rwenzori Mountain and is home to a small number of Chimpanzees. Unlike other chimpanzee destinations in Uganda, Semiliki is different due to its drier and sparse vegetation which forces the chimpanzees to always be on the move making it hard for tourists to see them. As you plan on going for chimpanzee trekking in Semiliki, you should note that it will nearly be impossible to see them and therefore you shouldn’t be surprised if you find that they have moved away in search of foliage.

There is however a habituation process that is being carried out here and scientists can be seen studying the few animals that keep on moving from one place to the next. You can join the scientists in their study and see how the chimpanzees walk on their hind legs even though it is for a shorter distance.

Rules to be followed while chimpanzee tracking

The rules and regulations of chimpanzee tracking in Uganda were set up by the Uganda Wildlife Authority and these help in protecting the primates so that they do not become extinct and also protect the tourists from being attacked by the primates. The rules that must be followed include the following: 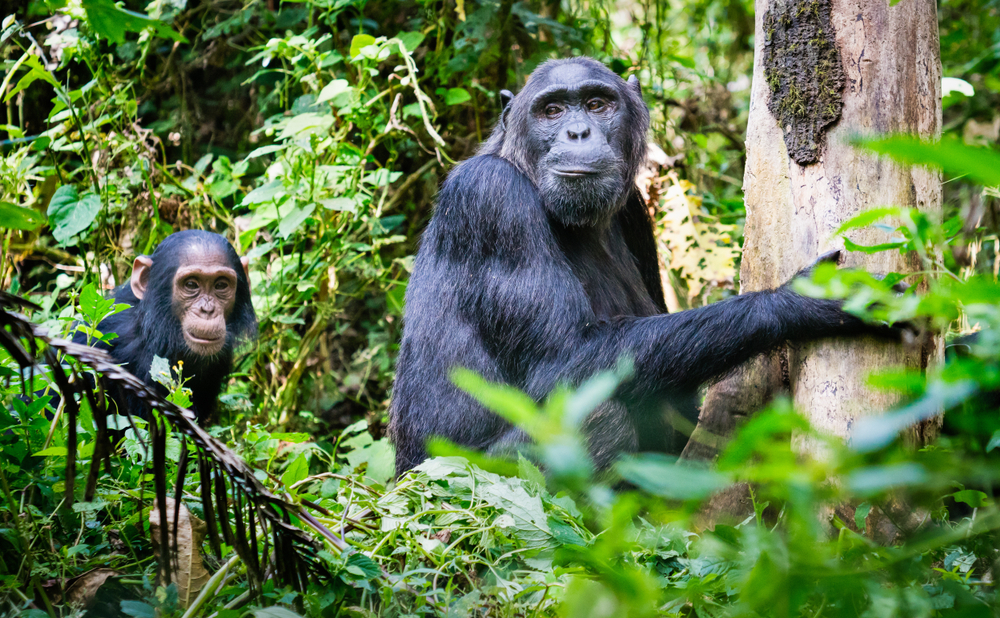 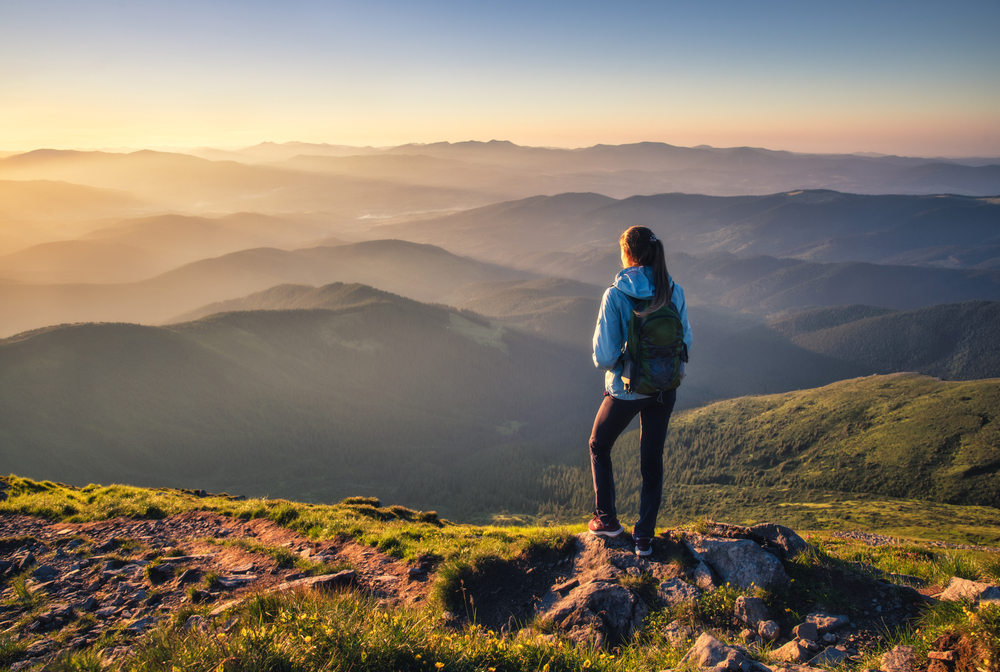 Chimpanzee trekking is carried out in different destinations like the Kibaale National park, Budongo, and Queen Elizabeth National Park, tracking chimpanzees is one activity that you will want to try out while in Uganda. A chimpanzee trekking permit goes for $150 and during the low season, it can go as low as $100 per person per day. While trekking, you get to spend an hour with the primates observing them as they play, swing from one tree to the next, and go about their daily activities.

Gorilla trekking in Uganda is done out in the Bwindi Impenetrable national park and the Mgahinga National Park. Gorilla trekking has its own rules and regulations that you must follow like keeping a distance from the primates, not feeding them, and not using cameras with flashlights just to mention but a few. A gorilla permit is on the high end as compared to the chimpanzee trek permit going for $1500 per person per day.

What do chimpanzees feed on?

Chimpanzees feed on mainly fruits and leaves, flowers, bugs, and fresh meat. Chimpanzees use different tools to gather their food and while looking for insects, they use twig trees to poke into anthills and sometimes check under the stones for hidden bugs.

Is it difficult to go for chimpanzee tracking?

It is not that difficult to go for chimpanzee tracking in the different parts of the National Parks because many of the chimps are always on the ground and only go up the trees when they sleep and are in search of food. You do not need to be physically fit to go for chimp tracking but you need to be well prepared for the trek since it might take some hours before you spot the primates.

Chimpanzee tracking safaris are available all year round but the best time to go to the different destinations that offer chimp tracking is during the dry season which is experienced two times a year. The first and shorter dry season is experienced in January and February and the longest second dry season starts in June and ends in August/ September. The dry season is also known as the peak season receives a lot of tourists making it an expensive time to travel because everything cost is doubled especially the cost of accommodation.

The wet season which is also experienced twice a year starts from March to May and then September to December. This is known as the low season because few visitors come to Uganda during the dry season and chimpanzee tracking can be done as well but that means that you will have to endure the rains, and slippery and muddy trek routes just to see the primates in their natural habitat. 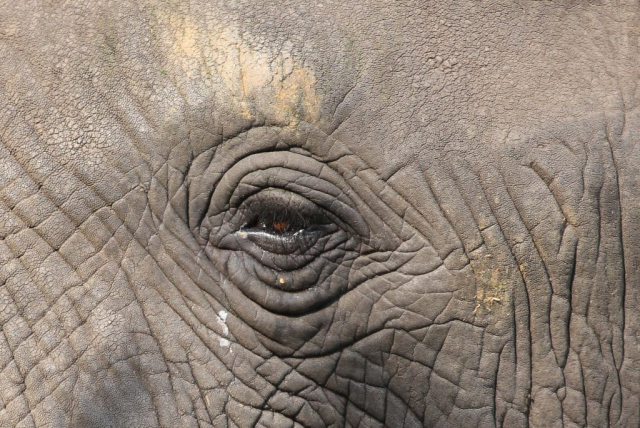