Gombe is the tiniest national park in the whole of Tanzania.  a delicate strip that is habitat to the  chimpanzees spanning the steep slopes as well as the river valleys that border northern sandy shores of the stunning Lake Tanganyika. This is a habitat for chimpanzees that have been habituated to the presence of human visitors and it became famous due to the ground-breaking work of a researcher Jane Goodall, who back in 1960 started a behavioral research program which today is the longest-running research study of this kind on earth. The matriarch Fifi, the last remaining member of the first community, which was just 3 years old when Jane Goodall first came to Gombe, is up to today still seen by visitors.

Factually, Chimpanzees share approximately 98% of their DNA with humans, and there is no need for any scientific expertise to tell the difference between the particular repertoires of screams, pants plus hoots that define the supporting, the celebrities, as well as the powerbrokers characters. May be you will notice a glimmer of understanding as you directly stare into the eyes of these chimps who  will also in return be assessing  you – a look of clear recognition transversely over  the narrowest barriers between species. 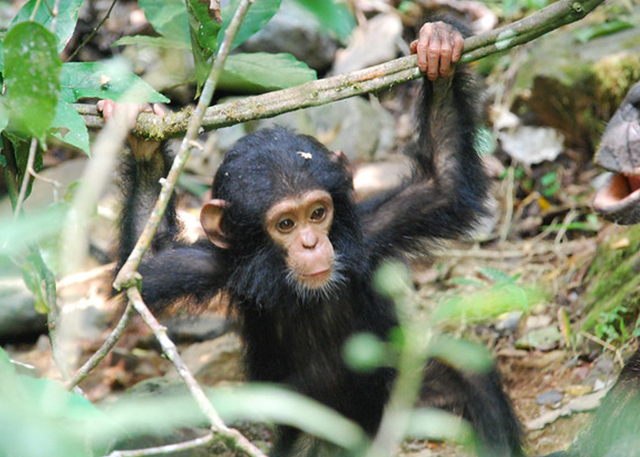 Other than the chimpanzees, the are several other commonly seen primate species in  Gombe national park such as large troops of olive baboons which are being studied since the 1960s, while red-tailed plus the red colobus monkeys which are commonly hunted by chimpanzees.

Gombe National Park supports about 200 unique species of bird ranging from the fish eagle to Peter’s twinspots which hop tamely in the area of the visitors’ centre.

After nightfall, a stunning night sky reveals the hundreds of small boats with latterns, floating on the lake just as an expansive city.

Size and location of Gombe Stream National Park
the park covers an area of 52 square kilometers / 20 square miles, making it the smallest park in the whole of Tanzania.

It is located 16 kilometers / 10 miles north of the town of Kigoma along the shores of the stunning Lake Tanganyika found in the western part of Tanzania.

how to reach Gombe Stream National Park
scheduled flights connect Kigoma to Dar and Arusha, and Dar es Salaam is connected to Mwanza by a unhurried rail service, there are dirty rough roads connecting to Mbeya , Mwanza, and Dar es Salaam, and then a weekly ferry to Mpulungu found in Zambia.
There are local taxis that will take you from Kigoma to Gombe – a 3 hours drive, or opt to use the motorboats which will take less than an hour.

Activities to enjoy in Gombe Stream National Park
among the tourist activities available in this park are: Chimpanzee trekking, snorkeling, hiking as well as swimming. You can also visit the Henry Stanley site at Ujiji close to Kigoma where he made the well-known “Dr Livingstone I presume”, and watch the renowned dhow builders at work. .

NOTE
there are strict rules that have been put in place to protect you as well as the chimpanzees. At least set aside 2 days to see them. Because this is no a zoo, seeing the chimpanzees is not 100% guaranteed.