Birding refers to the act of watching birds and learning more about their characters with the help of cameras and binoculars and most People who go for birding observe these birds in their natural habitats. There are several bird species that can be seen in these countries but it is best to note that the best time for one to do birding is during the rainy season and in the morning and evening hours because by then the lighting is good for the binoculars and cameras.
When birding, there are several equipment and requirements that you will need if you are to enjoy your birding experience in any of the above countries and I have taken the liberty to not them down so that you are ready before you venture into the wilderness for birding. 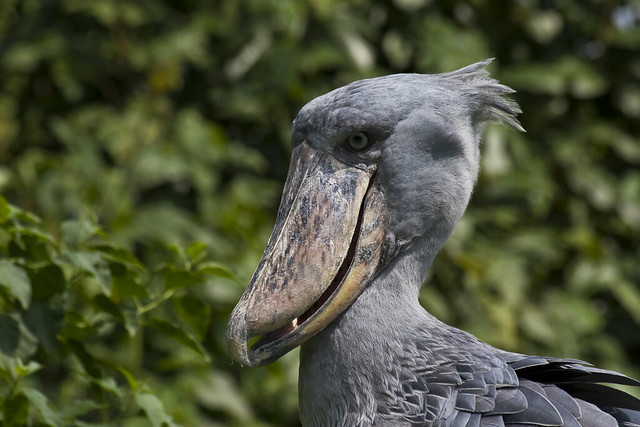 Uganda has a variety of bird species that can be viewed at the different birding spots and destinations and they are found in the area and some of these include the following.

Bwindi Impenetrable National park
Bwindi National park is located in the western art of the country and has a recorded number of bird species that amounts to over 350 bird species. It has been voted by the Africa Bird club as the best birding spot in Uganda and it has clearly marked birding routes. And some of the bird species that can be seen in Bwindi include the collared and mountain masked Apalis, Chapin’s flycatcher, Handsome Francolin, Shelley’s crimsoning and black billed Turaco and many more bird species.

The Rwenzori National Park
This is located in the Rwenzori region in the south western part of Uganda and it is believed to be a home to over 177 bird species. There are several birding spots where you go but you might as well do birding while hiking up the ranges. Some of the bird species that are found in the Rwenzori Park include the cinnamon Chested bee-eater, the swifts, Archer’s robin chat, long eared owl, Lagden’s bush shrike, blue headed and golden winged sunbird, slender billed starling, bearded vultures, Rwenzori Turaco and other rare bird species.

Lake Mburo National Park
Located in western Uganda, Lake Mburo national park is a top destination for birders in Uganda. It has a recorded number of 315 bird species and these can be viewed from the Warukiri and the Rwonyo swamps. Some of the famous bird species that can be seen at Lake Mburo national Park include the red necked spur fowl, Nubian woodpecker, crested francolin, the pied kingfisher, shoebill, , trilling Cisticola, bee-eaters, blue napped moosebird, lilac breasted roller, common quails, emerald spotted wood dove, bare faced go away birds, the African eagle fish and the Greenwood hoopoe.

Mgahinga National Park
Mgahinga National Park is located in the southern part of the country and it is known to house the largest number of gorillas in the country. But besides the gorillas, the park is a home to various bird species and these include kivu ground thrush, white starred robin, olive pigeon, Rwenzori Batis, greater doubled collared sunbirds, brown crowned tchagra, western green tinker bird black headed wax bill, and the cinnamon warbler. 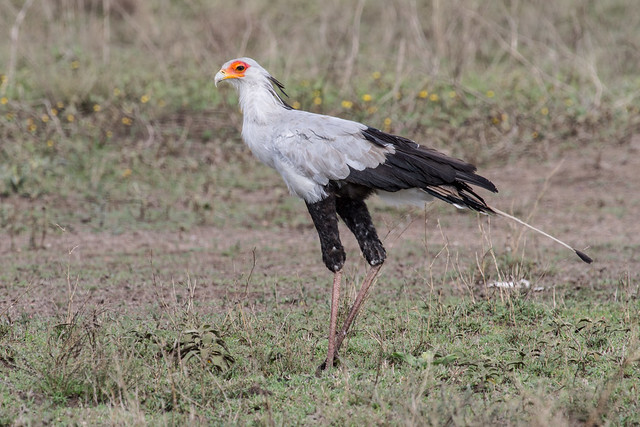 Tanzania is known to be one of the best destinations for birding when one takes a safari to Africa due to various good birding spots that are located in the different areas of the country. There are different birding destinations in Tanzania where one can see the various bird species and these include the following.

Lake Manyara Forest
Lake Manyara is a home to many bird species that amount to over 400 bird species that can be seen lounging in the park. The best time to go for birding in Lake Manyara is in the morning and evening nd some of the birds species that you will be able to see include the little bee-eater, Black Heron, Martial eagle, sacred Glossy ibis pink backed pelican, Ground dwelling crested guinea fowl, crowned Hornbill, silvery cheeked Hornbill, Schawlow’s turacos, Narina Trogon, the Baglafecht weaver, the African Hawke eagle, the Emerald cuckoo and the lesser flamingo although this can easily be seen when the water is at the right level.

Selous Game Reserve
Selous game reserve has over 440 bird species and is a favorite hangout for most birders. The most common bird that can be seen here are the weavers and warders although there are other species found in the area and these include Thick billed cuckoo, white-backed night heron, Brown-headed parrot, yellow billed stork, the Green-headed oriole, Knob billed duck, Bataluer Eagle, Sothern Ground Hornbill, crested lark, African snipe, geese, spur winged lapwing, The African spoonbill, African skimmer, White-fronted plover, and the Boehm’s bee eater.

Mikumi National Park
Mikumi national Park is highly dominated with woodland vegetation and has over 500 bird species and that is why it is known to be a good birding spot. The different bird species that are located in the area include the Bataluer eagle, guinea fowls, yellow throated long claws, the pale billed Hornbill, Hoopoes, wood Hoopoes, the Shelley’s sunbird Marabou stork, black bellied bustards and the Racket Tailed Roller. 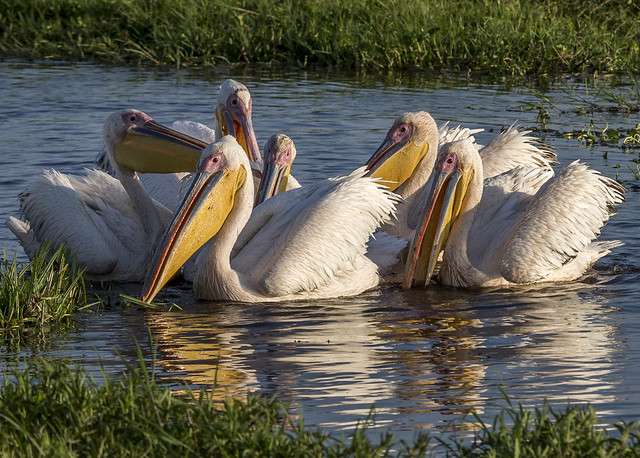 Rwanda as a country has over 750 various bird species that can be seen in the different birding destinations and these include the following.

Kigali city
Kigali is the capital city of Rwanda and although it might look like there are no bird species in there, the city has various bird destinations within and these have different bird species that they harbor and these include:

Nyarutarama lake
Nyarutarama Lake located in Kigali has various bird species that one can see when they visit the area and some of them include the paradise flycatcher, pygmy kingfisher, the black Egret, Grey capped warbler, African fish Eagle, Black kite, swifts, Tawny flanked prinia, swallow and the winding Cisticola.

The Nyungwe forest
Nyungwe forest is located in the south western part of the country and it is bordered by Lake Kivu. The montane forests found in the area provide good ambiance for birding and they act as bird habitants. The forest has over 275 bird species and some of these include the Archer robin’s chat, yellow eyed black flycatcher, Graurer’s warbler the Chapin’s flycatcher, Rockefeller’s sunbird, strange weaver, Red collared mountain Babbler, Handsome Francolin, Mountain sooty Boubou, and the stripe-breasted tit.

The Volcanoes National Park
This is located in the Virunga region and it was the first park to be created in Africa. The volcanoes park is surrounded by different volcano mountains and bamboo vegetation that provide a safe haven for birding in the park. The park has over 187 species and some of the species that are found in the park include the Dusty crimson wing, Red faced woodland warbler, Archer’s ground Robin, francolin, Rwenzori Batis, strange weaver, the collared Apalis and many more other species. 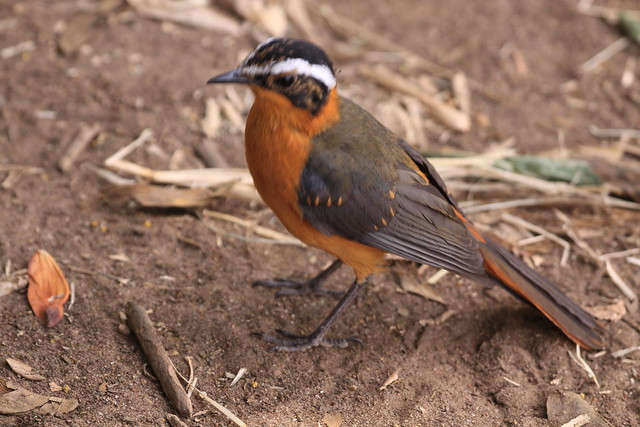 The Turkana River delta
The Lake Turkana delta has over 20,000 water bird species that are easily seen during the rainy season and some of these include the sur winged plover, the violet wood Hoopoe African skimmer and the little stint, the Geese, shorebirds, Egrets, pelicans, Flamingos and storks, the pel’s Fishing owl, southern banded snake Eagle, scaly babbler, Tana River Cisticola, East coast Akalat, Basra Reed Warbler and many more other bird species.

Kakamega Forest
Kakamega forest is located in the western part of Kenya and it is a home to the endangered species of the Turner’s Eremomela making it a top birding destination and other bird species like Banded snake Eagle, least honeyguide.

Arabuko-Sokoke Forest
Arabuko-Sokoke forest is a home to many endangered species in Kenya like the Sokoke scops owl which is almost extinct and this bird is extremely rare and can only be seen when visits the Arabuko-Sokoke. There are also other bird species that can be seen in the forest and some of these include the southern Banded snake Eagle, the plain backed sunbirds, Fisher’s Turacos, Clarke’s Weaver, Amani and many more other bird species.

The Masai Mara
The Masai Mara is one of the largest parks in Kenya and it is famously known for the great migration. The various bird species that can be seen in the Masai Mara include Martial and crowned Beagles, Madagascar squacco Heron, the Lilac Breasted Roller, Yellow billed ox Roller, corncake, secretary bird, saddle billed stork, ostrich, Grey crested Helmet shrike, and the lesser kestrel.