To most travelers, experiencing new food can be very exciting. Compared to other foods, African cuisine is very unique both in the kinds of foods served and how it is all prepared. In Uganda, meat and fish and almost all the produce grown are organic.
Uganda is a small country yet very big in terms of its culture. The country has over 45 tribes and most of these tribes have distinctive and unique foods. In order for you to have the best stay in Uganda, we have prepared information about the main foods grown, prepared, served and sold in Uganda. 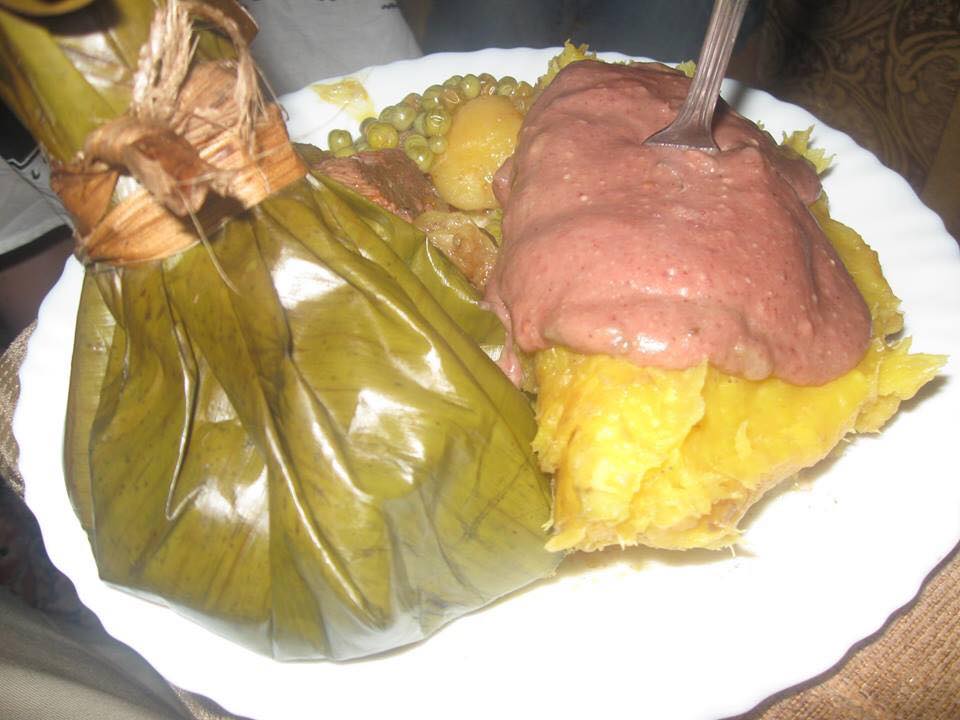 Bananas are the most consumed food in most of the regions in Uganda; especially the green plantain type which are locally called “Matoke”. They are indeed a staple food in Uganda. In most homes and local restaurants in Uganda, Matoke is prepared in a traditional way; the bananas sticks are peeled, then wrapped in banana leaves and cooked for some hours. They are later served either in mashed or stick form.

Some other people fry the Matoke with tomatoes, carrots, onions, green peppers, and in most cases with ground nuts puree (peanut), meat, or fish. Just as rice is to the Chinese, Matoke is to most Ugandans, it can be served 3 meals in a day. Matoke plantations are everywhere in the country, particularly in the western part around Mbarara.

There are also other types of bananas produced in Uganda; the type which is grilled over charcoal, usually sold by ladies along streets in urban centers, then there is a small sweet type of bananas usually called apple bananas which is also grown everywhere in the country. They are sold by most street vendors and in main markets.

Just like most countries in the West, it is not different in Uganda when it comes with meat selection, the exception is on Goat meat which is at a high density in some regions. Chicken, Pork and Beef are found everywhere in Uganda, with Children being the most expensive and beef the cheapest in most restaurants. In some urban centers like Entebbe, Jinja and Kampala, one can find various meat products like burgers, meat pies, sausages and samosas.

Just like fish, meat is also prepared mainly in two ways. It is either prepared as a stew or fried with onions, green peppers, tomatoes and usually a mild curry powder is added. Along most streets vendors serve barbequed meats on sticks. Most people enjoy eating Goat and Pork roasts, in most urban centers they can be found even in busy town centers like Mbarara and Masaka.

What makes meat consumption in Uganda very interesting is that almost every part of the animal is eaten. It should not catch you by surprise when you visit a local restaurant and what is served as breakfast is matoke with cow intestines; it’s a favourite meal for most Ugandans. Some even eat the feet and the head of the chicken, how foods are prepared and consumed in Uganda varies from tribe to tribe due to the cultural differences.

Around most lakes in Uganda, fishing is the main activity done. Lake Victoria is the world’s second biggest fresh water lake and the most common catches are the Nile perch and the Tilapia, also some less popular species are caught.

Tilapia fish is the most common fish caught in almost all Ugandan lakes, its flesh is white and it’s widely preferred because it doesn’t have a fishy taste. The tilapia is prepared and served in two ways. Some people cut the tilapia into few pieces and make stew, this is usually served with Matoke. Another way is by is deep frying the whole fish.

The Nile Perch is also another famous species but larger than the Tilapia fish, it is also deep fried and cooked in a stew. Due to its massive size, its cut into very many pieces before it is served. Both the Tilapia and the Nile Perch are served in local restaurants around the country, also street vendors sell them as well as in the markets throughout the country. The prices of fish vary basing on the season, if it’s at full moon the catch is lesser than when it’s darker because the fish are near and easy to catch.

The other type of fish caught and widely consumed by most Ugandans is the tiny silverfish which is called “Mukene” in the local language. These tiny fish are caught with big nets usually at night, laid to dry at the shores that’s why most fishing villages are always covered with these small fish. Silverfish is a good source of proteins especially those that can’t afford other more expensive food. Most farmers serve Mukene to their chicken, pigs and dogs because of the high nutrient content found in them.

Mangoes are one of the most common fruits in the county since are grown throughout Uganda. The most concentration of mangoes is in the Western, Central and Northern parts. The seasonal mango growth usually results into huge heaps of mangoes along the major highways being sold by the growers. During this season, various types of mangoes can be purchased at a less price and most people buy a lot and fill their car boots with heaps of mangoes to share with their families and friends.

Uganda grows the best Pineapples in the world. The good climatic conditions and the soil nutrients favor the growth of the most juicy and sweetest pineapples. Pineapples are sold all around the country especially in the southern and central parts of Uganda, also you can get them in supermarkets, markets and a number of street vendors sell hundreds of pineapples every day. There are also juice making factories which make juice and many amounts of concentrated juice are exported to other countries from Uganda on a daily basis.

The Jackfruit is one of those fruits that is not common to most foreigners; it’s grown in East Africa and in the Caribbean. It’s a big green fruit normally a meter long. Jackfruits are sold also by roadside vendors, what makes this fruit different is that it has a glue-like sticky secretion so most people avoid touching it with their hands. Those sold by vendors are already sliced, you could use a plastic wrap to handle it as you eat.

Other fruits include; passion fruits, bananas, watermelons, papayas, apples, and guavas. Apples in Uganda are grown in mountainous regions which have cooler conditions and are also distributed in the major town and markets.

Vegetables that are commonly consumed in Uganda include; onions, tomatoes, cabbages, eggplants, cassava, green peppers and maize. Potatoes, squash and carrots are less common but also greatly consumed, the sweet and Irish potatoes are widely served especially in south western Uganda. Some vegetables like broccoli, spinach, lettuce, celery and green bean are close to non-existent in the country. Eating of raw vegetables is not done by most Ugandans, whereby even what some call salads for example tomatoes, onions, cabbages, green peppers are also normally fried.

To add on the general foods consumed around the country, some areas have food traditions that are quite unique and local. Some of them are listed below;

Katogo is a common Ugandan dish eaten by people mainly in Southern and Central Uganda. It is a mixture of half proteins and starch and the common one is of cassava and beans. Other katogo mixtures are for Matoke with beef, ground nut sauce, or fish.

Pilau, this dish is so common among the people of Arua district near congo border. This is basically rice fried with some vegetables and chunks of chicken or beef plus some pilau spices. It is slightly similar to what is served by East Indians called “biryani”, though pilau is milder compared to the Indian Biryani.

Rolex; famous street food made up of a chapatti, the chapatti is fired not baked. The chapatti is used to make a wrap where an egg omelet is placed and a few tomatoes, it’s enjoyed by almost every Ugandan.

Grasshoppers; they fly seasonally in the western central part of the country in Masaka District and most locals get a lot of income during the season since grasshoppers are at a high demand. It’s amazing how they are caught; catching them is done at night, where light is shone on big tin sheets; this light attracts grasshoppers and blinds them temporarily and with this they fall into large buckets which are prepared below. The legs, wings sometimes heads of the grasshoppers are removed and later fried with onions, they are served as a snack, just like one eats popcorn.

Other foods include; roasted maize, samosas, mandazis, white flying ants and many more.