In an effort to boost tourist numbers, Tanzania Tour operators under their umbrella body Tanzania Association of Tour Operators (TATO) recently asked the government to reduce park entrance fees and others tour charges for non-East Africans by 50%.

This is in an effort to boost tourists numbers. Currently, Tanzania charges $50 daily per person for non-East African tourist, including motor vehicle entry fee.

According Willy Chambulo, Chairman of the Tanzania Association of Tour Operators, the tourist numbers in Tanzania have been going down over the past 10 months. The decline in numbers is due to factors such as the series of terrorist attacks on Kenya last year, as the Ebola threats, not forgetting the ongoing tourism conflict between Kenya and Tanzania, and a few other things.

There are considerable numbers of tourists who enter Tanzania through Kenya. Most use Jomo Kenyatta International Airport. So the ban barring Tanzanian service vehicles from accessing JKIA has inconvenienced and discouraged many tourist from making Tanzania safari trips.

Also, although Ebola hit the western African countries, it affected tourism across the continent; never mind that Sierra Leon and Nigeria are a very long way from East Africa and so Tanzania and its 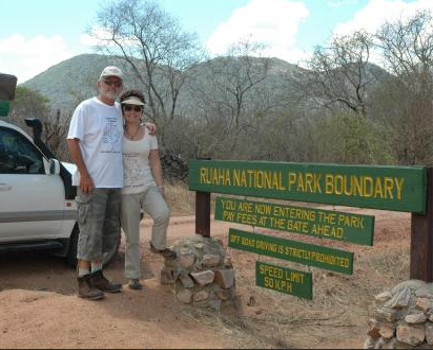 The decline in tourist numbers is of course not good for business so the tour operators have asked the government to reduce entry fees and other government taxes levied on tourists to be reduces by 50%.

By making tourism costs cheaper for the tourism perhaps they will attract and encourage more tourists to visit Tanzania and enjoy what the country has to offer. Some tour operators have even asked the government of Tanzania to reduce airline landing fees at international airports to attract more airlines operating routes to and from Tanzania.

Lazaro Nyalandu, Tanzania’s Minister of Natural Resources and Tourism, however believes the tour operators have nothing to worry about. He assured them that Tanzania is one of the safest safari destinations in Africa. Mr. Nyalandu said no new fees will be introduced for tourist visiting Tanzania.

Tourism happens to be a major foreign exchange earner for Tanzania and low tourist numbers means low income, so here’s hoping that the tourism numbers will increase as the year continues.

Tanzania’s many tourist attractions such as the Ngorongoro crater, Serengeti national park, Selous game reserve, the northen national circuit which has several game park, Mount Kilimanjaro and so many more have made Tanzania a popular safari destination over the years. A Tanzania safari is said to be an opportunity of a life time and many have enjoyed it.