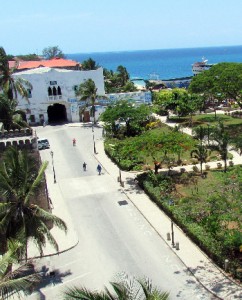 A view of Stone Tow, where the bomb blasts went off….[/caption] Christians, a strategy which has however failed in the face of the vast majority of Zanzibaris being peace loving and tolerant people. But if such attacks continue, tourism which contributes over 75% of the island’s foreign exchange will be affected. A commentator from neighbouring Kenya said, ‘Terrorism is a global issue. We have been hit by it in Kenya and though it was entirely directed against us Kenyans we still got hammered by the travel advisories from the UK, the US and others. This act in Zanzibar shows we are not alone in fighting this enemy. We need to stand together and take the battle to them. I express my deep sympathy to our Zanzibari brothers and sisters over this incident’. The motives of the perpetrators are not yet clear to authorities and no one person or group has come forward to take credit for the explosion. Zanzibar security authorities are doing their best to get to the bottom of the matter but speculation of any kind at this time would premature. Additional security personnel were sent to Zanzibar from the mainland to help with the investigations. Hopefully the famous holiday Island and popular Tanzania safari destination will not experience such tragic attacks again  ]]>