Different people have different ideas about Africa, a lot of misconceptions about the different countries and their people. Some of the stories have some element of truth, but many of them are myths and yet they hinder people from visiting the country.

What are some of the myths and misconceptions about Uganda that discourage people from visiting the country? 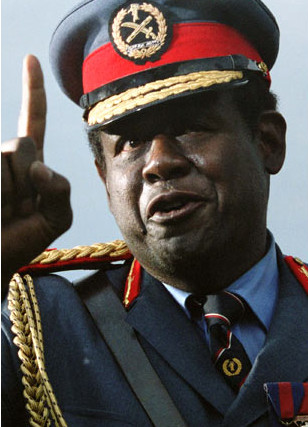 Idi Amin was a dictator who came to power in a military coup in 1972. He was president from 1972-1979. Idi Amin spent the rest of his days in exile in Riyadh Saudi Arabia. He passed on in 2003 of Kidney failure and was buried in exile.

There was a movie made about him in 2006 titled “the Last king of Scotland”.

When most foreigners hear about Uganda the first thing that comes to mind is Idi Amin and his era of dictatorship and inhuman treatment of people. That is all they know about Uganda, and some people do not even know that he died or that he doesn’t live in Uganda anymore.

Idi Amin was overthrown in 1979, exiled and died in exile. The president of Uganda is Yoweri Kaguta Museveni.

Will you get AIDS if you visit Uganda?

Because of the AIDS pandemic in the 1980s, there is a myth that just visiting Uganda and smelling the Ugandan air will give AIDS.

Fact: AIDS cannot be transmitted by visiting someone, having a drink with them, swimming in Uganda’s lakes, and swimming pools, going gorilla trekking, white water rafting or hiking. It is sexually transmitted, or transmitted through blood. So stay away from prostitutes, and high risk behavior with infected persons and you will be just fine. That cannot possibly be a difficult task. On your Uganda safari, enjoy the African wilderness, go on game drives, gorilla trekking, hiking, nature walks and all the tourist activities you can think of… you cannot catch AIDS from those.

Will you get malaria and will it kill you?

Yes there are mosquitoes in Uganda that spread malaria. But all you need to do to stay safe is get anti malaria medicine and sleep under a mosquito net. Hotels and lodges where you will be staying provide these. You can also apple some insect repellent to your skin, wear long sleeved shirts and long sleeved trousers in the evenings and you will be fine.

If indeed you do get malaria, there are numerous hospitals and clinics which provide good health care and you will be fine in no time.

It is actually quite rare for visitors to Uganda to contract malaria.

Today you can visit a very peaceful Gulu town..

Is there war going on in Uganda?

There is a myth that there is war going on in Uganda. A number of websites have publicized and kept this myth alive. A not for profit organization Invisible children made videos about the situation that was in northern Uganda, but they often exaggerate what happened and what is going on during their fundraisers and interviews.

Uganda had a rebel group, the lord’s resistance army. Led by one Joseph Kony wreaking havoc, killing people in the northern part of the country for about 20 years, but the turbulent times in the north are over. The conflict ended in 2006, but even today, there are websites, and small magazines and newspapers publishing stories about a war going on in northern Uganda. Gulu is peaceful today, but the myth of a war has spread so widely, that very few believe that the region is peaceful now.

The government of Uganda is doing its best to rebuild Gulu and surrounding areas that were affected during the conflict. Gulu is quite the bustling business town these days with more and more people investing and settling there. The roads to northern Uganda are safe for travel; there are no more threats of rebel activity.

The rebel leader of the Lord’s resistance army Joseph Kony fled to neighbouring countries and has been causing trouble in DRC, Southern Sudan and Central African Republic.

Is Uganda a violent place?

Testimony from several people who have visited the pearl of Africa says that Ugandans are the friendliest people they have ever met.

There are very many misconceptions that if you visit Uganda you will get a robbed, or cheated of your hard earned money by sellers when shopping. All that is not true. Uganda is one of the safest countries in Africa. Even the busy and crowded streets of Kampala, the capital, are safe for tourists.

All you need to do is follow safety and security advice offered by your tour operators, and authentic websites such as this one.