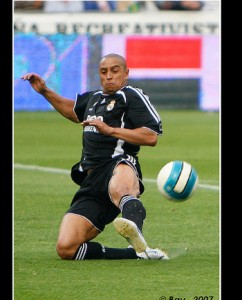 Tanzania football fans will get to see some of this live in August[/caption] few more such as Zinedin Zidane and Roberto Carlos have not been confirmed but may show also make an appearance. There might also be some current real Madrid players involved in the trip such as Christian Ronaldo, Ika Cassilas and Gareth Bale, who could possibly promote Tanzania tourist attractions. The team is expected to visit various Tanzania safari tourist sites like the Ngorongoro conservation area, Mount Kilimanjaro and many more. The soccer legends are set to arrive in Tanzania on 21 August 2013, and the soccer match against Tanzania eleven should take place three days later at the national stadium in Tanzania. This is an opportunity for the Tanzania eleven team to play against super stars and perhaps learn a few things from them. The tourism industry is of course expected from the legend’s visit. This visit will go a long way in supplementing Tanzania’s efforts in promoting the country as a tourist destination. Famous names always provide good PR opportunities. The visit will even be reported and aired on several international media channels so Tanzania will get quite a lot of publicity come August. . Former Spanish team captain, Ruben de La Red, believes the trip will be a good opportunity to market tourism in Tanzania and also improve football in the country. He said their decision to come to Tanzania was mostly fuelled by the fact that Tanzania has so many football lovers. He said this would be an opportunity for the Tanzanian soccer fans to watch real Madrid playing in their country and perhaps motivate aspiring soccer players. Jamal Malinzi agreed the president of the Tanzania Football Federation agreed with , Ruben de La Red’s sentiments. He also added that playing against real Madrid would test Tanzania eleven’s strength against international teams. There is also hope that this will open doors for young Tanzania players to play in Spain. The trip is organised by Denis Sebo of TSN group of Companies.]]>