Tourism Conflict For Tanzania and Kenya

It seems that the Kenya-Tanzania conflict might well be resolved soon. Government officials from Tanzania and Kenya will meet in Arusha next month to seek ways of addressing a row on the ban of Tanzania’s tourist vehicles from accessing Jomo Kenyatta International Airport in Nairobi since last December.

The meeting is set for 18th -20th March in Arusha. After the consequences of the failed February meeting, here is hoping that this next one does happen and is successful. Hopefully solutions to the crisis will be generated and effected soon enough.

According permanent secretary in the ministry of Natural Resources and Tourism, Dr Adelhelm Meru, the matter is bilateral and could not be tabled before the just-ended East African Community (EAC) summit in Nairobi. 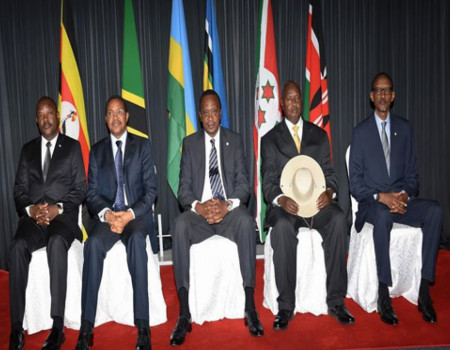 “This is a bilateral matter between Tanzania and Kenya and we have realized there is no need to involve other EAC partner states, which are not directly concerned,” the PS affirmed ahead of the EAC summit of heads of state.

Since December 22 last year, the Kenyan authorities banned vans carrying tourists from and to Tanzania to access Jomo Kenyatta International Airport which is perhaps Kenya’s its busiest international air transport hub in Nairobi, on grounds that it was implementing the 1985 agreement with Tanzania on tourism cooperation.

At one time minister for Natural Resources and Tourism Lazaro Nyalandu was forced to travel to Nairobi to consult his counterpart, but Kenya only lifted the ban for three weeks and opened for further discussions with its southern neighbor. When Tanzania opted to postpone that meeting, the ban was reinstated.

It is estimated that about 300,000 travelers to and from Tanzania use JKIA each year to access various global destinations. These include tourists heading to northern game parks, such as Serengeti, Lake Manyara, Katavi, etc. which attract most visitors compared to other parts of the country.

Sources said, that the minister for East African Cooperation, Dr Harrison Mwakyembe, held talks with his Kenyan counterpart on the matter.

The issues was not tabled before the ministerial council of the EAC, but it is hoped that the meeting between the two neighbors will take place as scheduled and the conflict will be resolved amicably so as to ensure that tourism in Tanzania and Kenya continues to proceed, and that the EAC spirit of unity carries on.